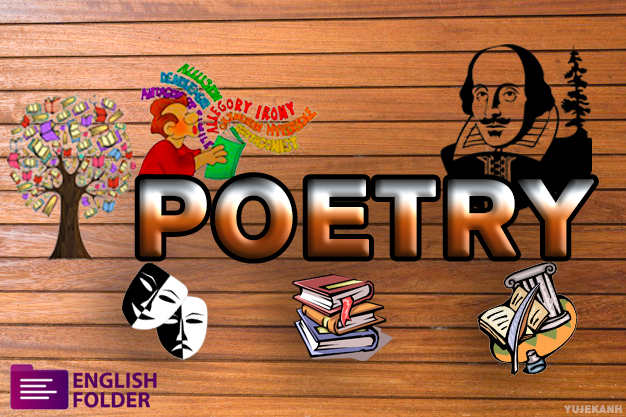 Literature is a picture.  More or less true, more or less inspiring of actual life. Every country has its own.

Man used these forms to express his thought, feeling, desire, opinion and discuss their affairs. Asked other people to supply their needs. When he wanted to convey some points of views, has used prose.

A figure of speech is a poetic device which consists in use of words and phrases in such manner as to make the meaning more pointed and clearer and the language more graphic and vivid.

A comparison between two things using “like”, or “as”.

Take the two thigs as if one. Comparison between two things without using “like” or “as”.

Ex: Life is a river.

To His Coy Mistress by Andrew Marvell.

The division of lines in a poem; “Paragraph”

I do not love you except because I love you;
I go from loving to not loving you,
From waiting to not waiting for you
My heart moves from cold to fire.

I love you only because it’s you the one I love;
I hate you deeply, and hating you
Bend to you, and the measure of my changing love for you
Is that I do not see you but love you blindly.

Maybe January light will consume
My heart with its cruel
Ray, stealing my key to true calm.

The pattern and number of syllables in a line of poetry.

Imagery what you draw in your mind. This is mentor pictures. Diction helps to draw picture in mind eye.

A violet by massy stone

Half hidden from the eye.

(The speaker dwelt among the untrodden ways)

Human characteristics on human attributes are substituted to give them more importance.

Personification is giving human characteristics to every ideas, objects and animals.

The stars are dancing on the sky. The sun wakes up happily in the morning.

A word or group of words that stand for another meaning deeper than its actual meaning can be taken as symbols.

Reiteration is a literary device that includes purposefully utilizing a word or phrase for effect, two or more times in a speech or composed work.

Boys will be boys.

It means an unpleasant or offensive thing is designated by a milder term. Pessimistic things are presented in an optimistic way. (distress / death)

It is tracking of the pass, or collecting the memories of the past.

A person speaks to himself so that the expresses what conscience bears clearly. It is used to show one’s mentality. Normally conversation method is applied for monologue form.

Grief/joy/anger/sympathy etc.……. so that the reader too is made feel.

A paradox is a statement that appears at first to be contradictory, but upon reflection then makes sense. This literary device is commonly used to engage a reader to find a basic rationale in an apparently self-contradictory statement or phrase.

Ex: “the child is a father of the Man”. (The Rainbow by William Wordsworth)

Sarcasm is a literary and rhetorical device that is meant to mock, often with satirical or ironic remarks, with a purpose to entertain and hurt somebody, or some section of society, simultaneously.

Often picks out a weakness or loophole in the society and criticizing.

This is extreme exaggeration. The sentiments expressed are beyond the reach of trust and reality.

The Lotos blooms below the barren peak

Repeating the same vowel sound in close succession. Assonance most often refers to the repetition of internal vowel sounds in words that do not end the same.