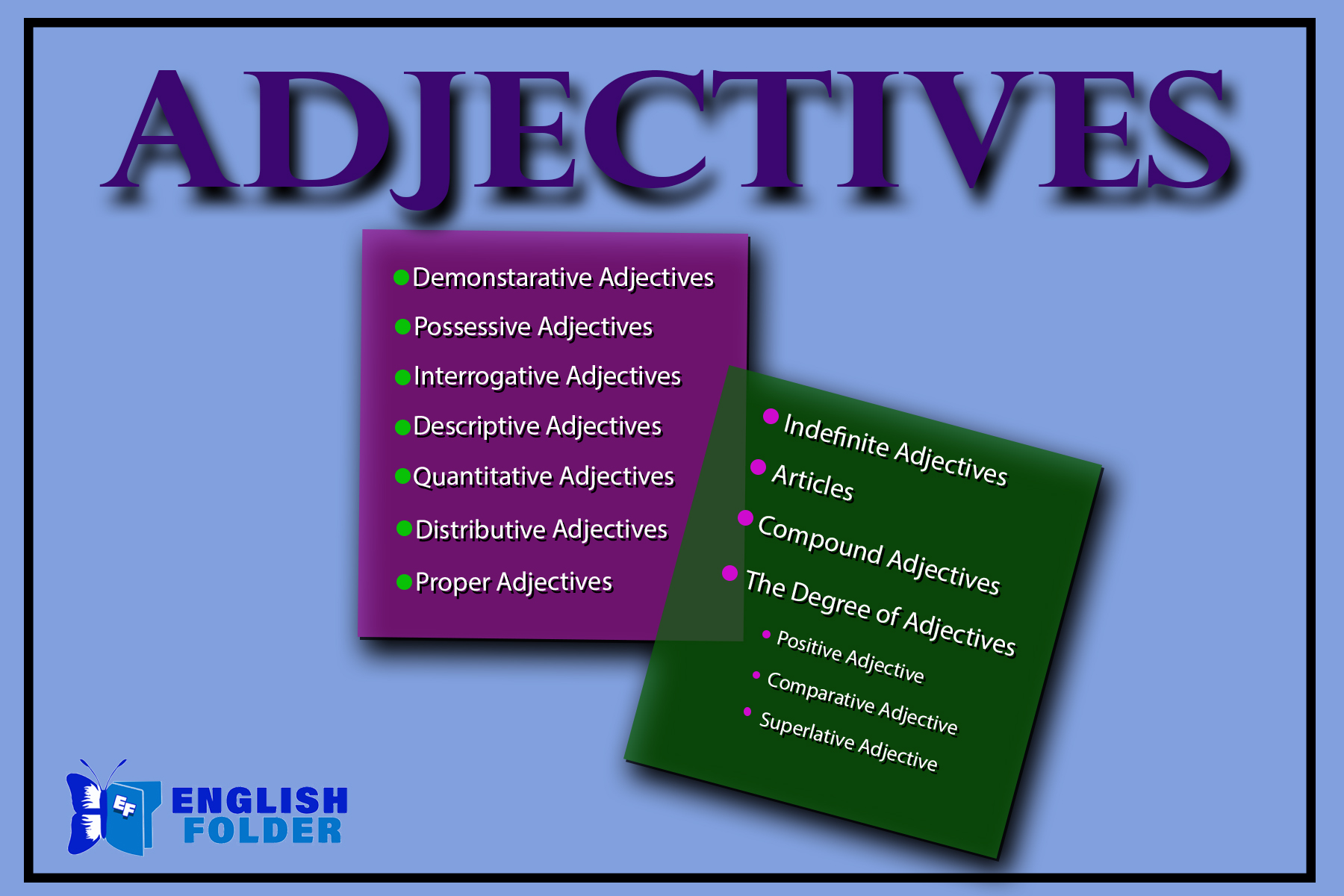 This page helps you to know about the adjective which is one of the main parts of speech and how to use it correctly.

What is an Adjective?

The adjective is one of the parts of speech in English.

Adjectives are used to describe the nouns in a clause.

It gives us information about a person or thing. It is used to tell the quantity and quality of them.

We learned what is an adjective but where and how to use it. Read ahead to know it.

The positioning of Adjectives

She is a beautiful girl.

The lion is a brave animal.

John is an intelligent boy.

Adjectives ending in -ed and -ing

Adjectives are ending in ‘ed’ and ‘ing’.

Ann was very frightened of the ghosts.

Ann is the subject of the sentence who experienced the feeling.

Adjectives ending in -ing is used to describe the characteristics of a person, a thing, a situation, or an event. These adjectives are used to talk about a thing, person, or event that makes us have a feeling.

The ghost was very frightening to her.

The ghost is the reason for her to experience the feeling of frightening.

We have seen how to position the adjectives. Now, let’s learn about its kinds.

In general, there are different kinds of adjectives used in English.

This watch is expensive.

That car is mine.

These chairs are broken.

Those birds are migrating from South America.

Demonstrative Pronoun: This is a new pen.

Demonstrative Adjective: This pen is new. 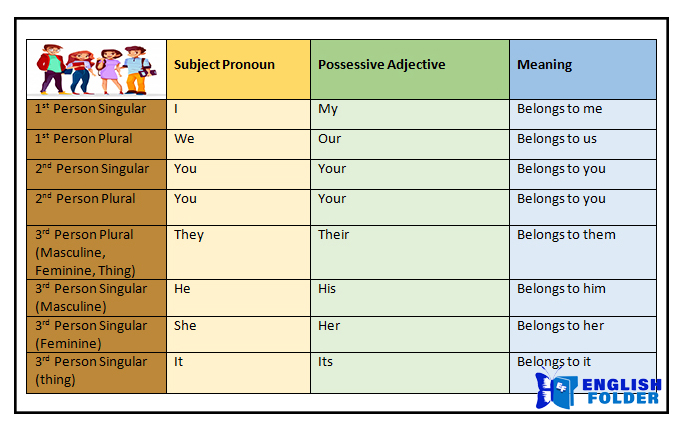 Here is the chart of descriptive adjectives that are used often. 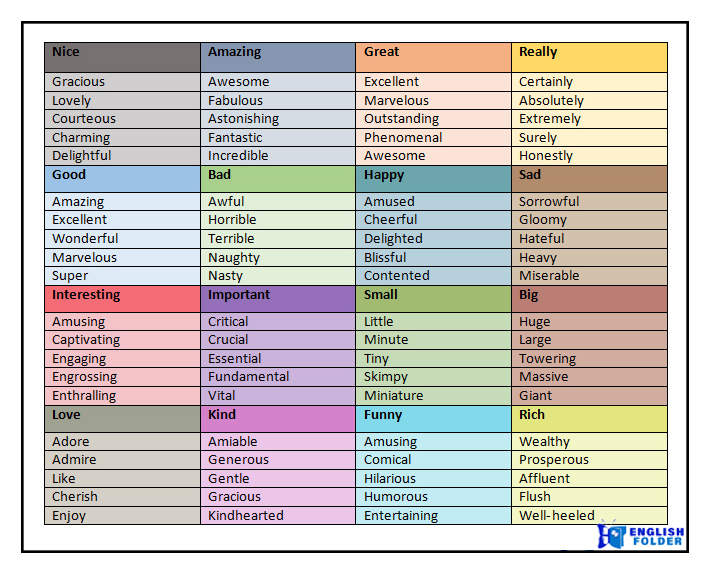 Quantitative adjectives are used to indicate the quantity of a noun or pronoun in a clause. These are used to answer the interrogative words such as ‘how many?’ and ‘how much?’.

All, few, many, no, little, some, half, full, none, much, etc are some examples of quantitative adjectives.

Each, every, either, neither, any, one, and both are commonly used distributive adjectives. 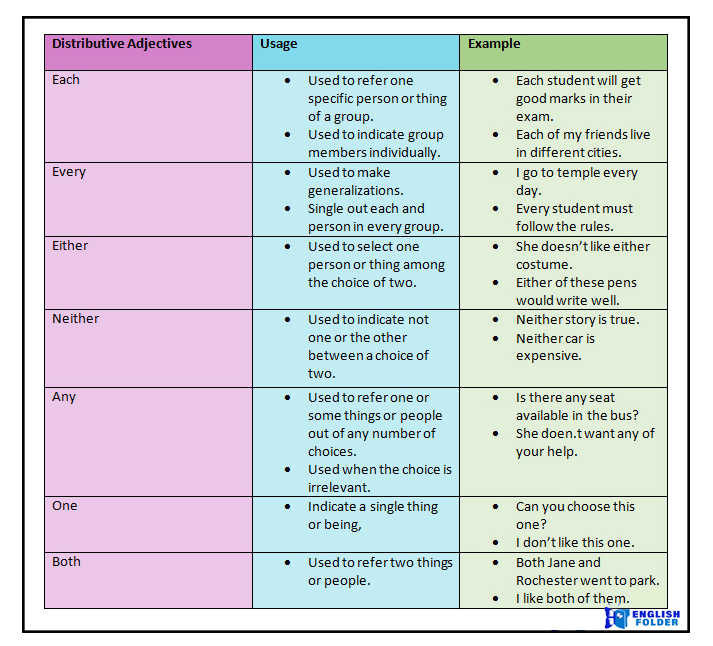 Few, many, much, most, all, each, every, either, any, several, some, and nobody are some of the indefinite adjectives which are used commonly.

Though articles are their own parts of speech, they are also known as adjectives. They also modify the nouns. It indicates the specification of nouns. ‘A‘, ‘An‘ and ‘The‘ are the articles in English. ‘A‘ and ‘An‘ are used to refer to unspecific singular nouns and ‘The‘ are used to refer to specific nouns. ‘An’ is used before the word which starts with vowels and ‘A’ is used before the consonants.

A hyphen is used between the two words that form the compound adjective.

We should not add ‘-s‘ at the end of compound adjectives with numbers.

NOT Jane has built three-storeys building. 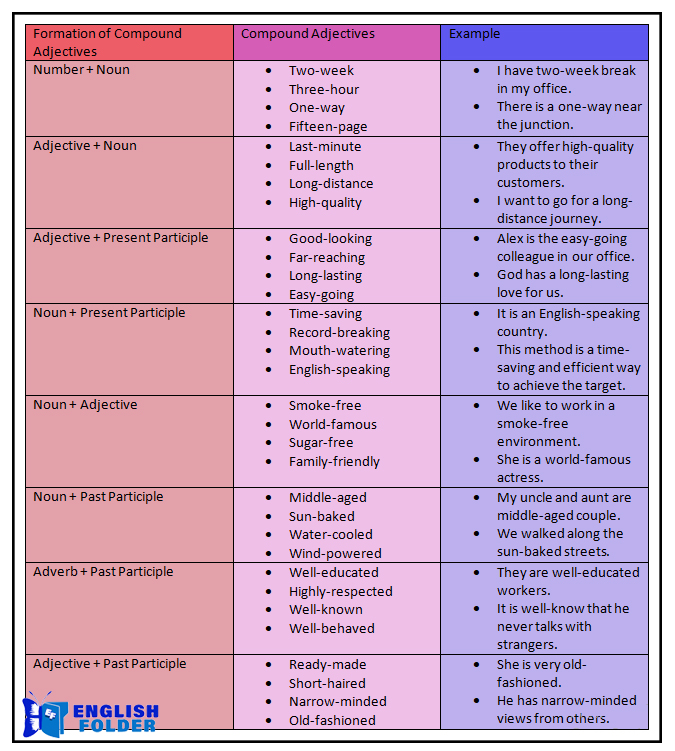 The final stage of learning the adjectives completely is to know about their degree. Let’s learn it.

The Degree Of Adjectives

A positive adjective is used to describe or modify the nouns or pronouns in a clause. It is also known as ‘Simple Adjective’.

There are some rules to know when you use superlative adjectives. 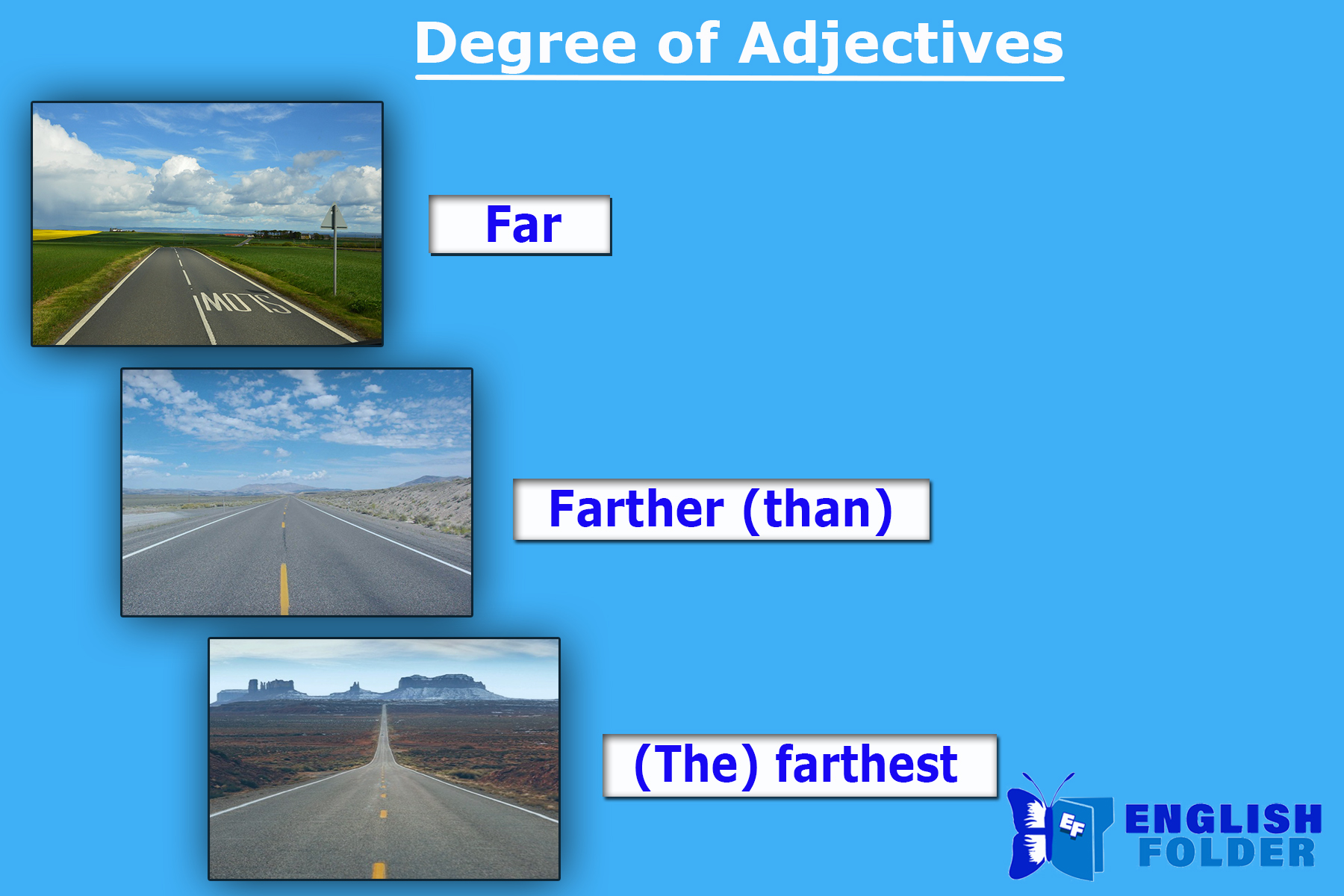