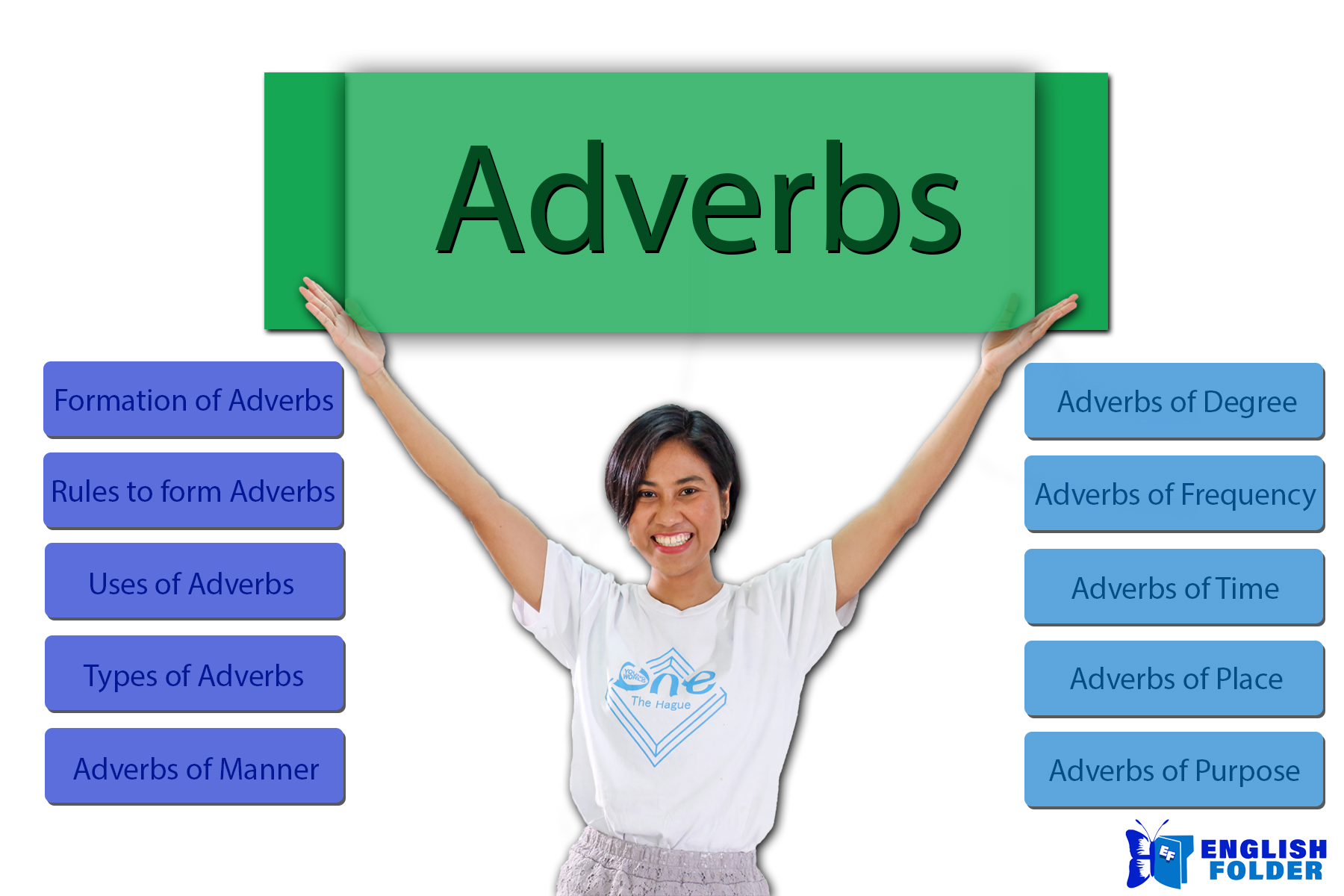 Here, this page helps you to know about adverbs and their types.

What is known as Adverbs?

Adverbs are the words used to describe or modify the verbs, adjectives or other adverbs in a clause.

It is used to talk about when, where, and how an action happened. It represents the quality and degree of the action.

Let’s see how to form adverbs and the rules to consider when using adverbs in a sentence.

Here, are some uses of adverbs that you should know.

Example: We are extremely happy with the news.

Example:  Alex has a lot of cats in her home.

Now, let’s see the types of adverbs with the examples.

There are different types of adverbs used in English.

This type of adverbs is used to tell how that action has performed.

This adverb is used to describe the intensity, degree and importance of an action, adjective or adverb. They are used to answer the question of ‘how much’.

Adverbs of frequency describe how often an action occurs either in the definite or indefinite terms.

An adverb which is used to describe the specific time period such as weekly, monthly or yearly is known as definite frequency.

An adverb which is used to describe the unspecified time period such as often, rarely, and sometimes is known as indefinite frequency.

Adverbs of time are similar to Adverbs of frequency. It states when something happens. It is always used at the end of a sentence. Sometimes, you can place the adverbs of time at the start of the sentence.

Adverbs of purpose are used to state the reason for something that happened. It is used to modify verb, adjective or other adverbs in a sentence. Therefore, hence, so that, consequently, in order to, since, thus and lest are examples of adverbs of purpose used in the sentence.