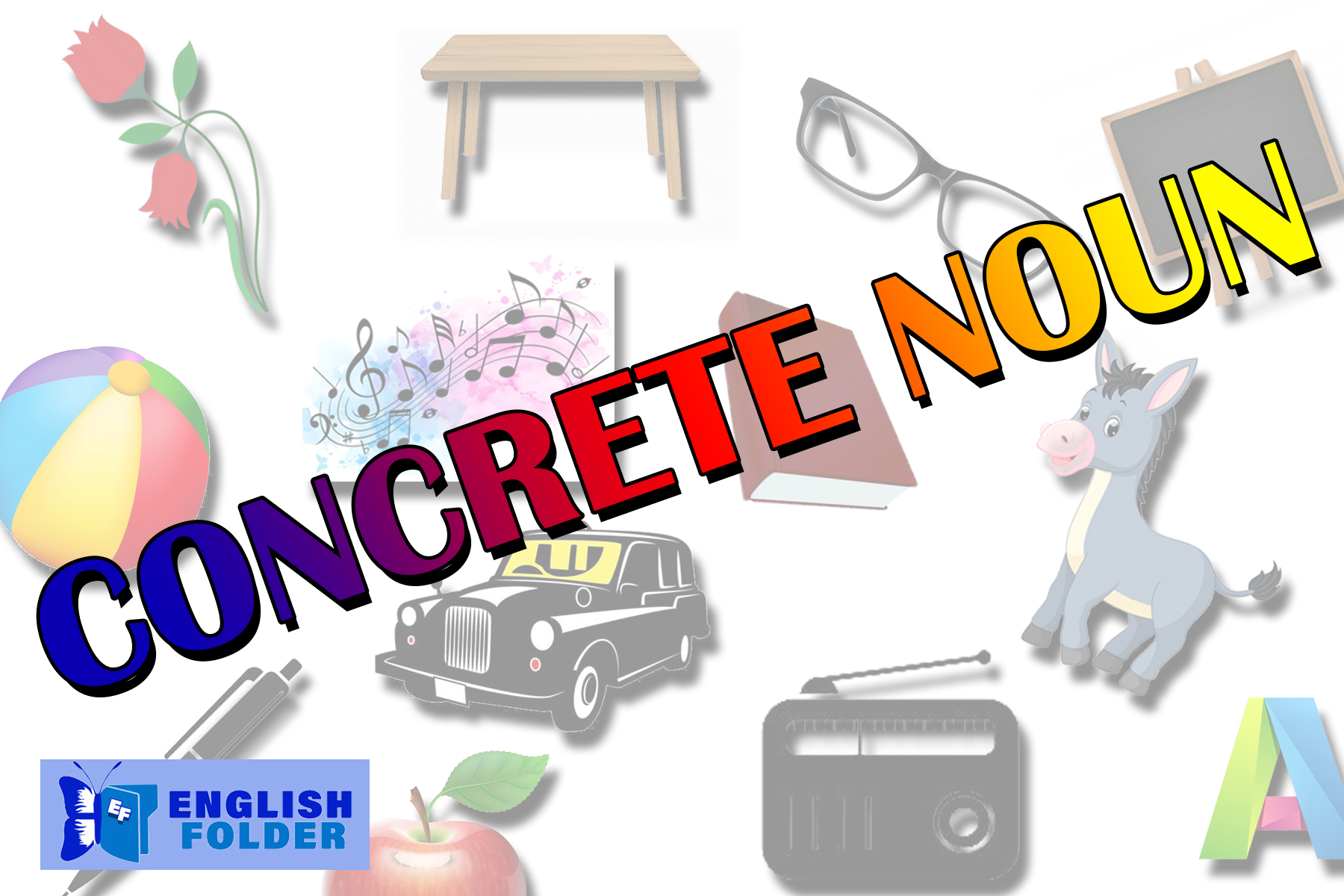 This page helps you to know about the concrete noun which is one of the nouns.

Concrete nouns are the nouns which can be felt with our five senses such as sight, hearing, touch, smell and taste.

Sometimes concrete nouns can be countable nouns. They have the form of singular and plural.

Sometimes concrete nouns can be uncountable. They don’t have a plural form. Because it can’t be separated into individual elements to count.