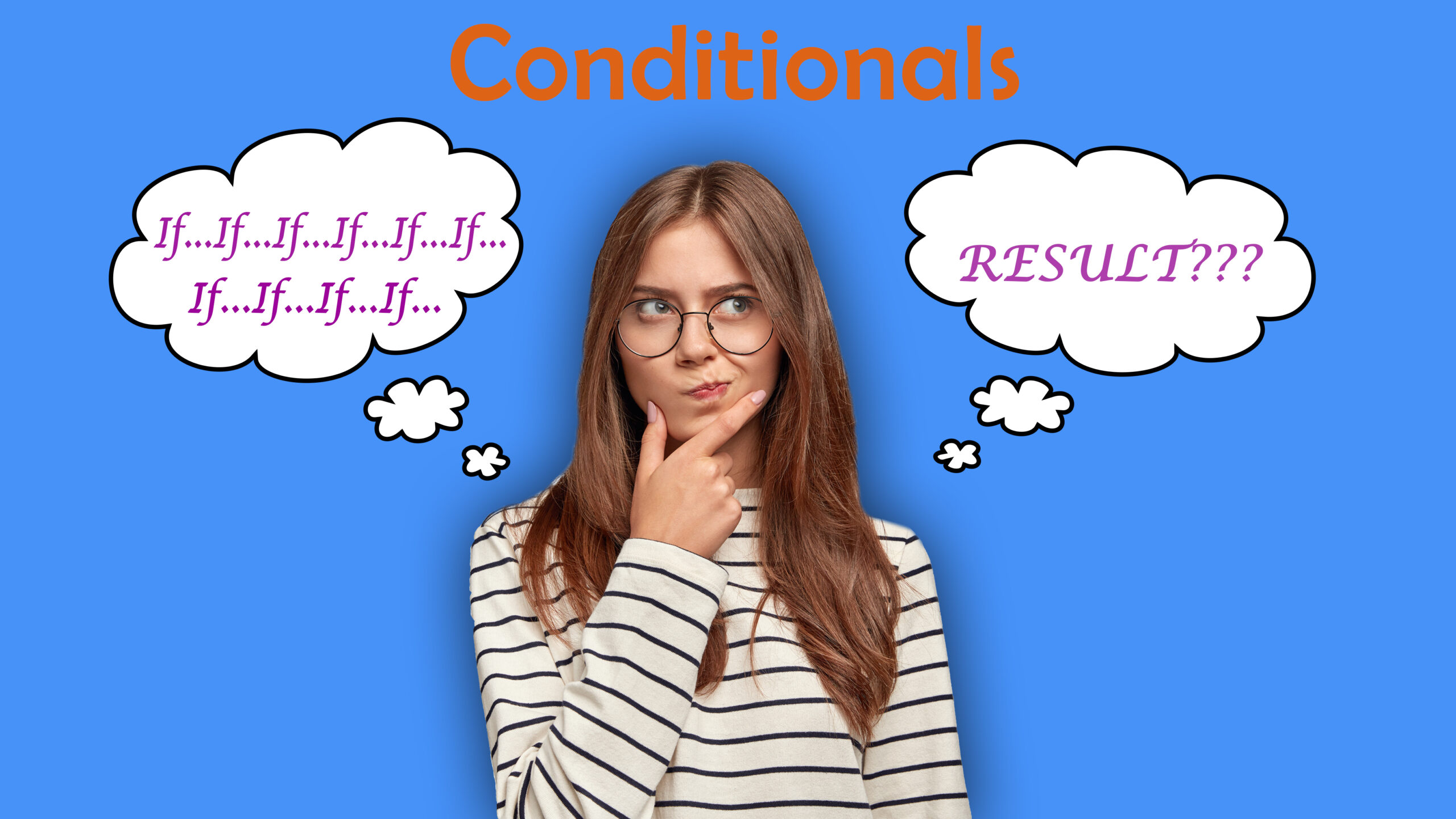 A conditional sentence describes the condition that is necessary for a particular result to occur. A situation that might possibly happen and what its results might be. ‘If’ is used to mention about events and situation that happen often or in future or that could have happened in the past but did not happen as it was expected or that are unlikely to happen at all.

The meaning of a conditional sentence determines which verb tense needs to be used in the independent and subordinate clause.

Conditional sentences are used to express a general or habitual fact. They can have both verbs in the present tense or past tense. In this type of conditional sentence, the verb tense in each clause is the same.

Example: If you don’t brush your teeth, you get cavities.

In the past, if people wanted something, they saved up for it.

(Here tense is same in both clauses.)

Predications about future or express future intention or possibilities.

Main clause – The modal (can, may, might, should or will) with stem verb.

Prediction: If I win the lottery, I can go to Paris.

Intention:  If I win the lottery, I will go to Paris.

Possibility: If I win the lottery, I might go to Paris.

Use conditional sentence to speculate about the future result of a possible but unlikely condition in the present.

Unlikely present condition:       If I won the lottery

Use conditional sentence to speculate about the past result of a condition that happen in the past.

Main clause: Modal (would have, could have, might have) + past participle.

Speculation: If I had won the lottery, I would have gone to Paris.

If I had cleaned the house, I could have gone to the movie.

Use conditional sentences to speculate about the future result of a condition that is not true in the present.

Main clause: Contains modal would, could, might + the base verb.

Untrue condition:     If I were prime minister

Untrue condition:     If I were going to Paris