Nouns and its Types 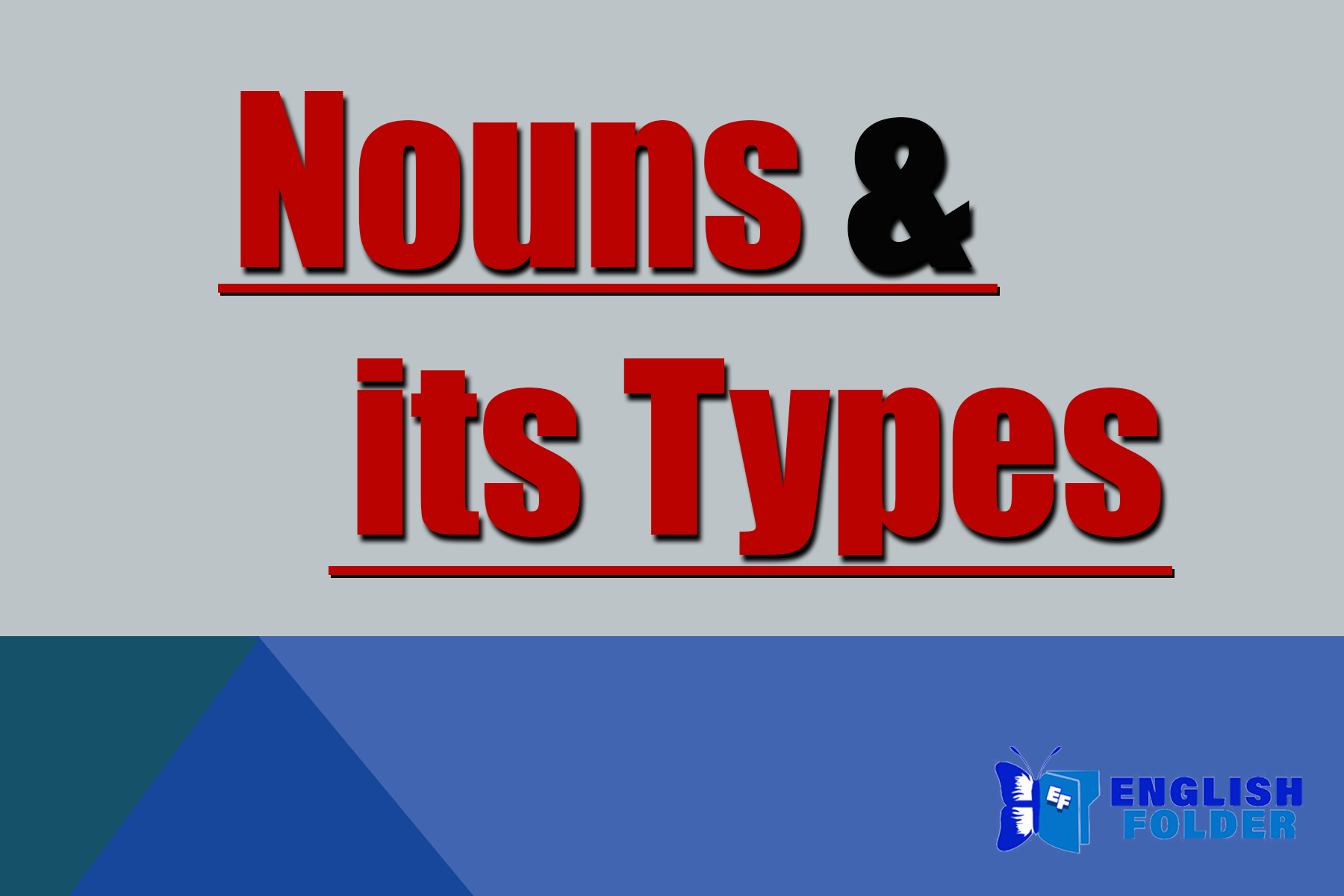 This page helps you to know about noun and their types.

A noun is commonly defined as the name of a person, place, thing, feeling, thought, animals, and qualities around us.

Ramya is a student. 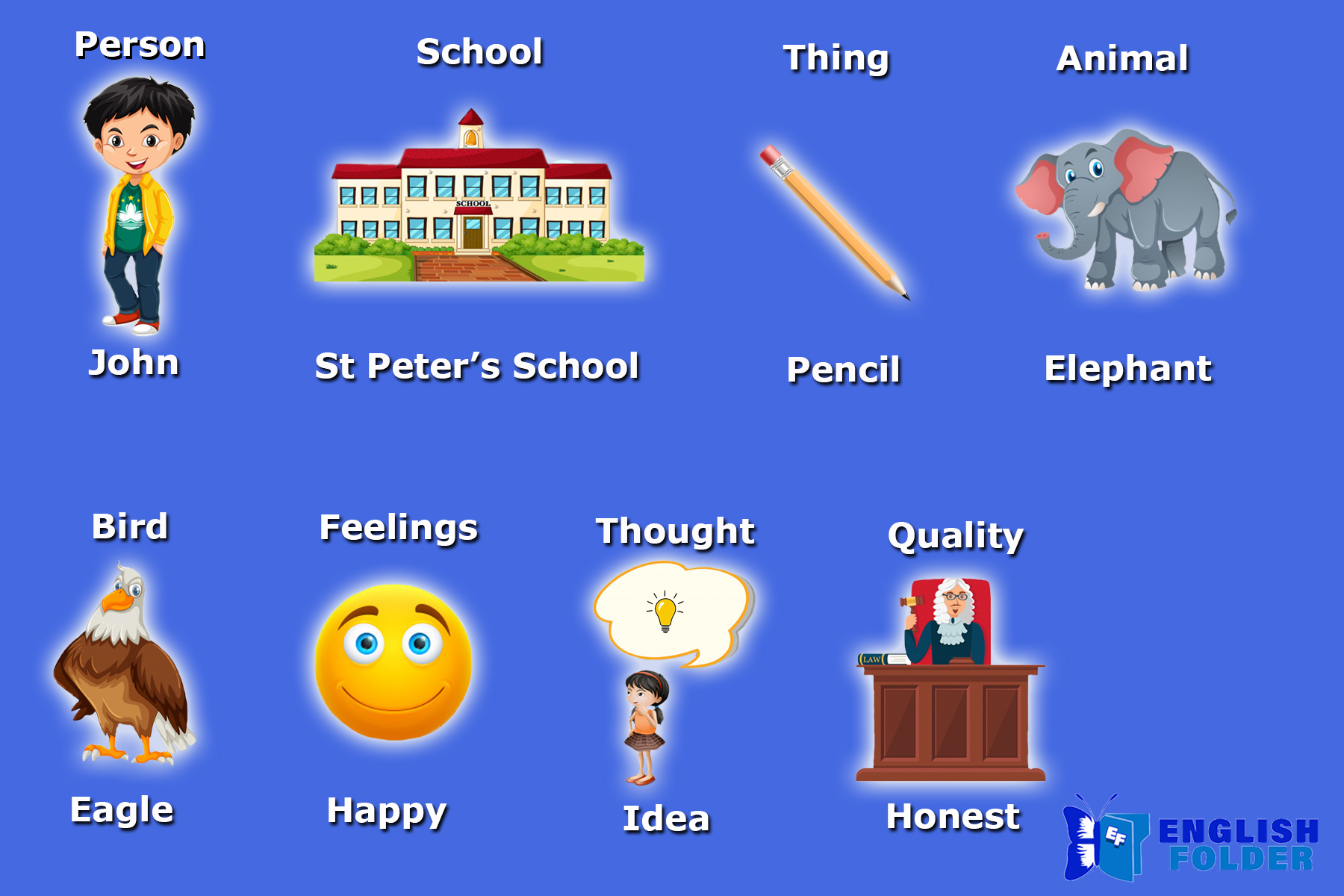 How can we use nouns?

Example: She is Linda.

Example: I go to the park with my friends.

Now, let’s learn about the types of nouns.

Nouns can be classified into different types.

A common noun is the naming word of the nouns such as a person, place, thing, idea, etc.

Proper nouns are the specific names give to the nouns such as person, place, thing, idea, etc.

Abstract nouns are used to express the feelings, qualities, ideas, and things which do not have a physical existence.

Collective nouns refer to groups of people, animals, or things.

Example: Crowd of people, a herd of cows, a bunch of grapes, a flock of birds.

Compound nouns are the words form with two or more words.

Concrete nouns are the nouns that can be felt with our five senses.

Uncountable nouns are nouns that cannot be counted and don’t have a plural form.