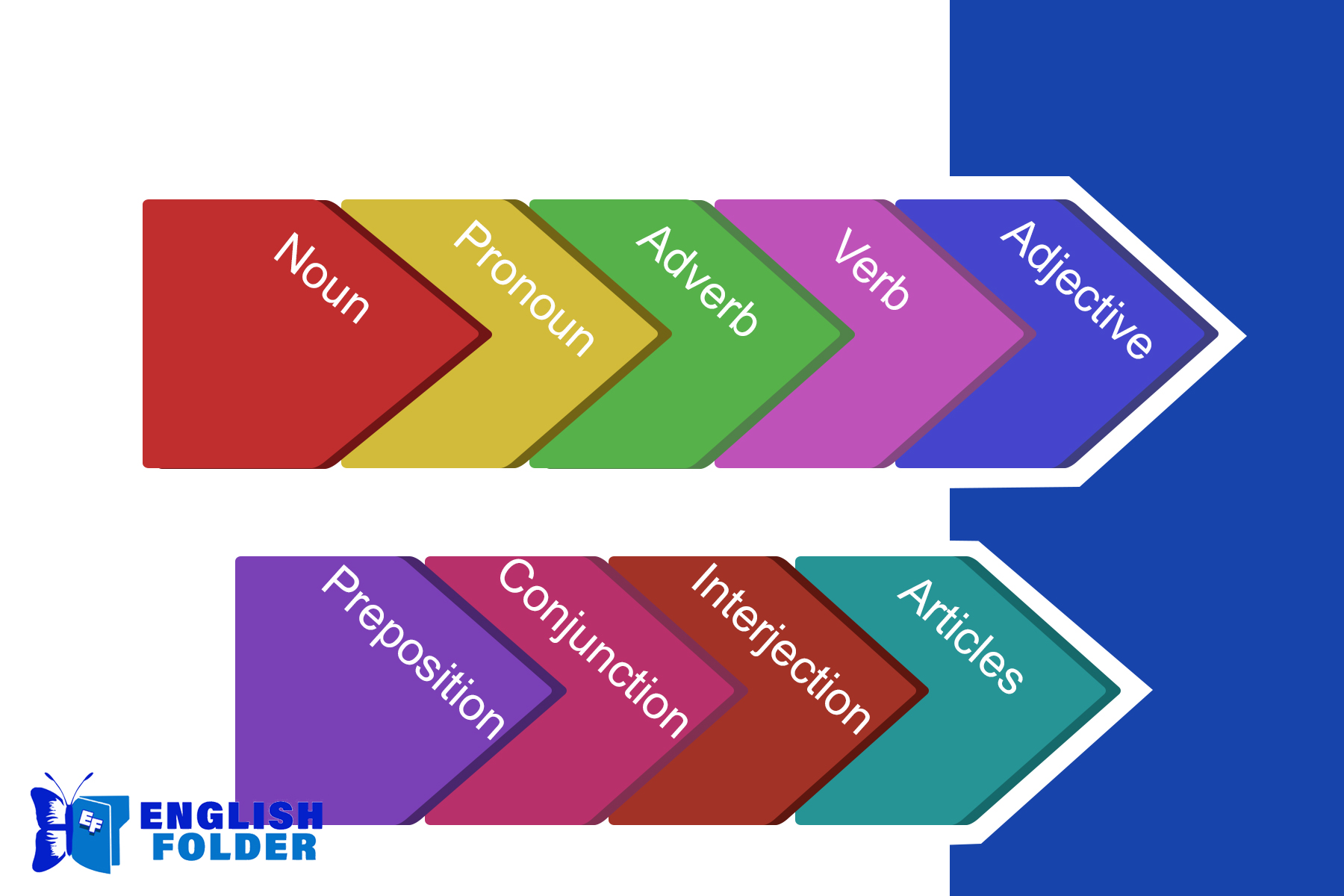 This page helps you to know about the word classes and their meanings.

Parts of speech are word classes that divide the words into 09 categories according to their functions in a sentence. This helps you to learn about the word structure of a sentence.

The parts of speech are divided into two-word classes. They are

Nouns, verbs, adjectives, and adverbs are open word classes. Open word classes can be identified as they can be altered and new words can be added to this class as language develops.

Pronouns, prepositions, conjunctions, interjections, and articles/determiners are considered as closed word classes. New words cannot be added or altered in this category.

Now, let’s learn about the classification of parts of speech to know about the word structure of a sentence.

Classification of parts of speech

Nouns
A noun is commonly defined as the name of a person, place, thing, feeling, thought, animals, and qualities around us.

Pronoun
A pronoun is a word that is used to substitute the nouns in the sentence. It captures the place of a noun in a sentence.

Verbs
Verbs are the words that indicate the action that the subject is doing.
The verb is the main element of a sentence or phrase, which tells what has taken place. Most of the time, verbs come after the noun or pronoun.

Adjectives
Adjectives are used to describe the nouns in a clause. It gives us information about a person or thing. It is used to tell the quantity and quality of them.

Adverbs
Adverbs are the words used to describe or modify the verbs, adjectives, or other adverbs in a clause. It is used to talk about when, where, and how an action happened. It represents the quality and degree of the action.

A Preposition is a word or group of words used especially before a noun or pronoun or verb to show place, position, time, method, etc.

Example: before, after, inside, outside, on, in, and between.

Conjunction
The conjunction is a word that joins the two words, phrases, and clauses.

Example: and, but, or, whether, for, yet, so and whereas.

Interjection
The interjection is a word used to describe sudden feelings and emotions.

Articles / Determiners
Articles are those words used to describe or point out nouns and adjectives.

“A, An, and The” are the articles that refer to the name of a person, place, thing, idea, or belief.

Example: a book, an apple, an hour, the park, and the dog.