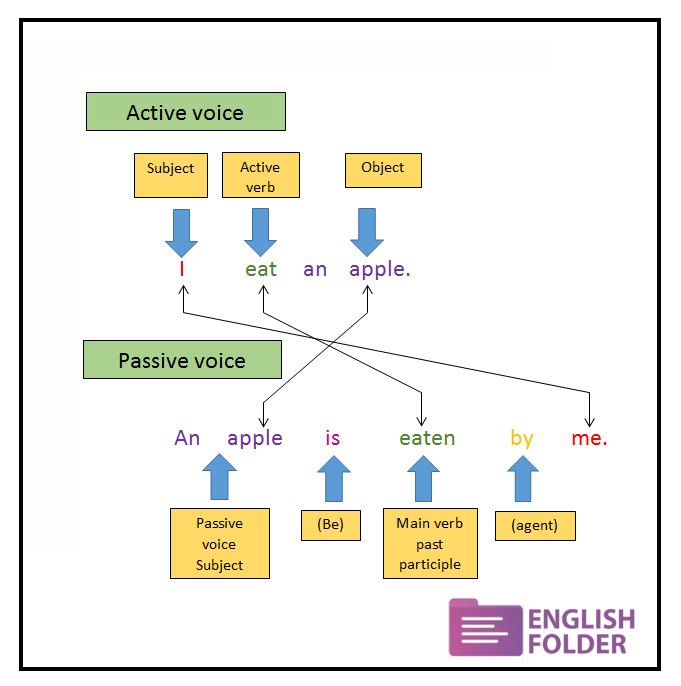 (We interested in the passive voice, not it who uses it)

When do we use passive voice?

In some sentences, passive voice can be perfectly acceptable. You might use it in the following cases.

The cave paintings of Lascaux were made in the upper old stone age. (We don’t know who made them)

An experimental solar power plant will be built in the Australian desert. (We are not interested in who is building it.)

Mistakes were made (common in bureaucratic writing.)

Rules are made to be broken. (By whomever, Whenever)

Insulin was first discovered in 1921 by researchers at the University of Toronto. It is still the only treatment for diabetes.

The Sodium Hydroxide was discovered in water. This solution was then titrated with Hydrochloric acid.

In an active voice sentence, the subject is given the prominence.

We usually eat rice for lunch.

This sentence shows the action done by ‘we’ so it is prominent in the sense of the sentence.

Rice is usually eaten for lunch by us.

In this sentence, the ‘doer’ or the subject does not handle the prominence, instead, the object ‘rice’ appears as the most important factor.

The passive voice is so called because the person or thing denoted by the subject is not active but passive.

Passive voice:     We are always advised by teacher. 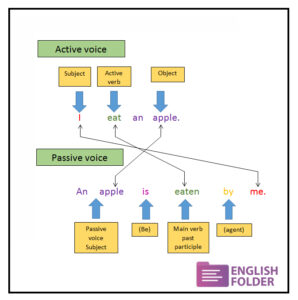 Passive voice is preferred, when the object is more important in the idea expressed.

When this idea is expressed in a sentence, the commodity ‘rubber’ is more important. Therefore, such ideas are purposely expressed in passive voice.

Rubber is exported from Thailand.

The Passive voice is also preferred, when in the Active Voice sentence, the subject happens to be a vague pronoun or noun.

Example: somebody, they, people etc.

It is better to say, My pen has been stolen.

In such cases, the agent with ‘by’ is usually avoided.

However, ’by’ phrase cannot be avoided in places where the agent has come important and is necessary to complete the sense.

The famous children’s novel was written by Charles Dickens.

The Passive verbs are usually formed with the past participle form of verb. It is assisted by auxiliaries.

Formation of the verbs. 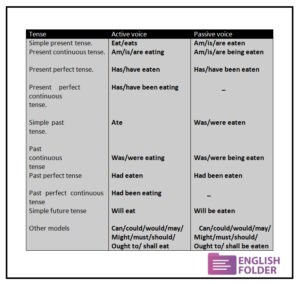 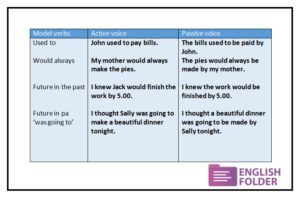 The visitors were driven to the airport.

The following tenses cannot be changed into passive voice.