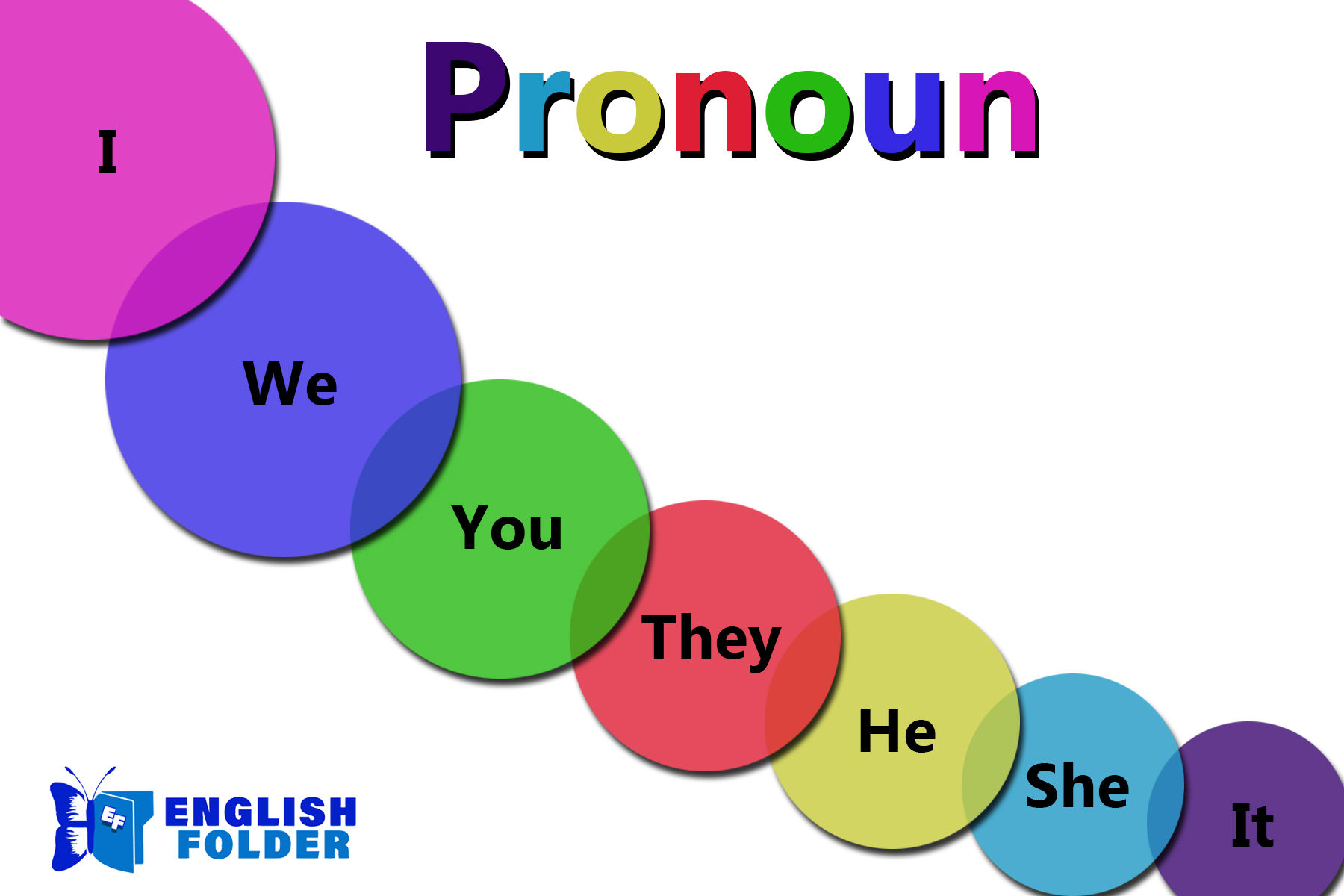 Here, on this page, we can learn about pronouns and their types.

The pronoun is one of the parts of speech in English.

What is a Pronoun?

A pronoun is a word that is used to substitute the nouns in the sentence. It captures the place of a noun in a sentence.

Here is the chart of common pronouns that are used in our day-to-day life.

Other examples of Pronoun

In the above example, we are talking about Elissa. So there is no need to repeat her name. Instead of Elissa, we can use she which is a 3rd person singular (feminine) pronoun.

Here, Elissa is a noun and she is a pronoun that replaced the noun, Elissa.

You can find the Pronoun Chart below to understand the types of pronouns. 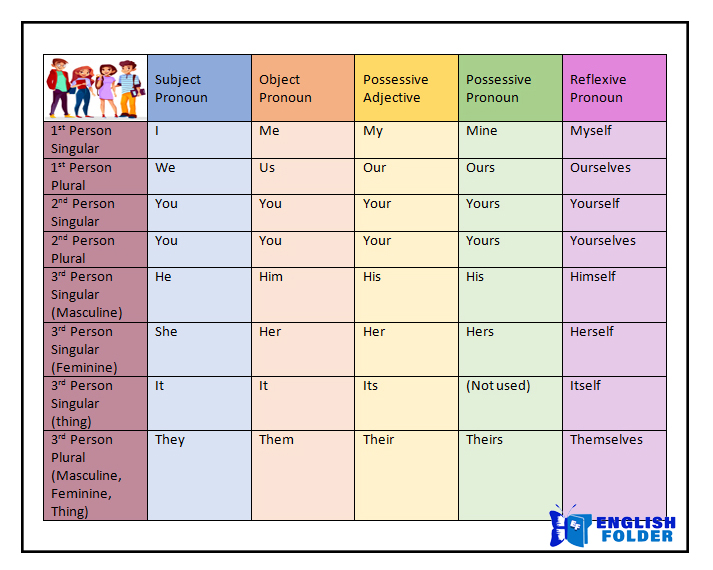 Pronouns can be categorized into several types. They are:

Subject Pronouns are used when the noun is considered as the subject of the sentence.

The object pronoun is used when the noun acts as the object of the sentence.

Indefinite pronouns are used to replace the non-specific nouns i.e the indefinite person, place, or thing.

Below you can find the chart of singular and plural indefinite pronouns.

We use pronouns with –no to form negative clauses.

Example: Nobody wrote a letter.

We don’t use another negative word with the indefinite pronoun nobody, no one, or nothing to form a negative clause.

We add -‘s with the indefinite pronoun to form possessive.

Example: Somebody‘s key is there.

We use -else with the indefinite pronoun to refer to other people or things in a sentence.

Example: If Peter can’t do this, no one else can do it.

The reflexive pronoun is used as an object of a sentence when the object is the same as the subject of the verb in the sentence.

Reflexive pronouns are used at the end of the word.

Elissa is the subject of the verb learn and herself is the direct object of the sentence.

We do not use reflexive pronouns with the verbs which describe the things that the subject does for themselves.

We use reflexive pronouns with these verbs when we emphasize them.

Ema is old enough to dress herself to go to school.

Intensive pronouns are used to emphasize the subject of a clause. This is not the object of action in a sentence. They can be removed from the sentence and still gives meaning.

One another and each other are reciprocal pronouns.

Possessive pronouns are used to indicate possession or ownership.

Example: mine, yours, hers, his

Possessive pronouns do not have an apostrophe.

Example: yours (Not your’s)

The table below shows the possessive pronouns

The car is hers.

She is a sister of mine.

Demonstrative pronouns are used to indicate which nouns are being referred to in the sentence.

This is a very expensive bangle.

That is Jame’s house.

These are made by my sister.

Those are her collections. 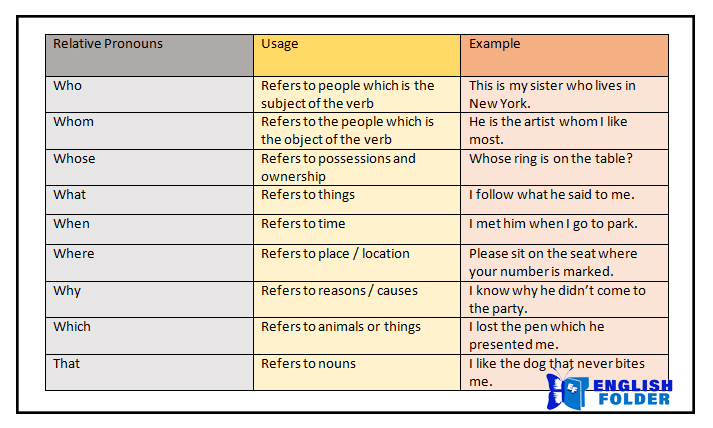