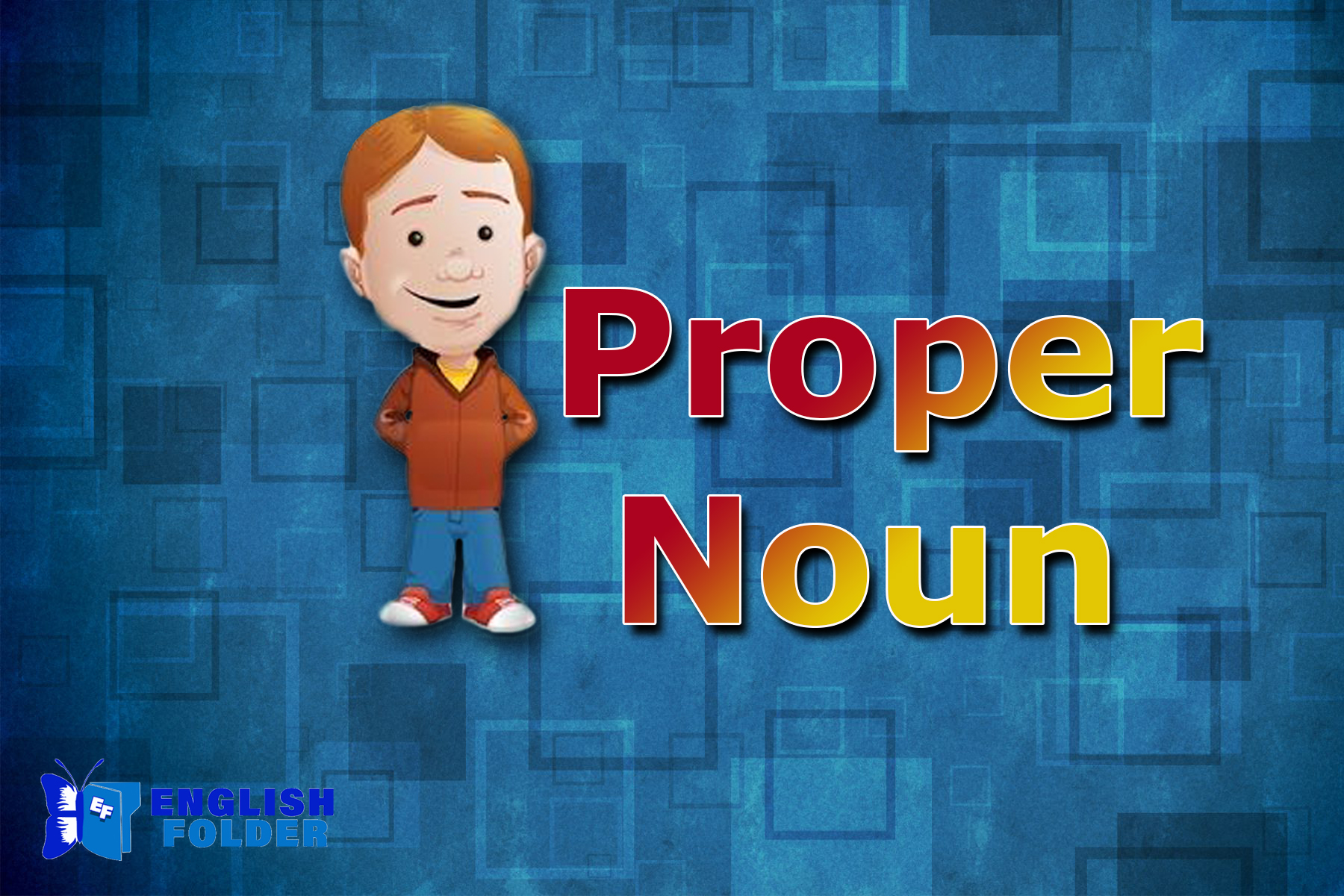 Here, this page helps you to have clear clarification about the proper noun which is a type of noun, and its features.

Proper nouns are the specific names give to the nouns such as persons, places, things, ideas, etc.

There are two features of Proper Noun

Now, let’s have a closer inspection of proper nouns with examples.

Proper nouns are specific names given to nouns whereas common nouns are more general in character.

Here’s a chart that would help you understand more about the common noun and proper noun. 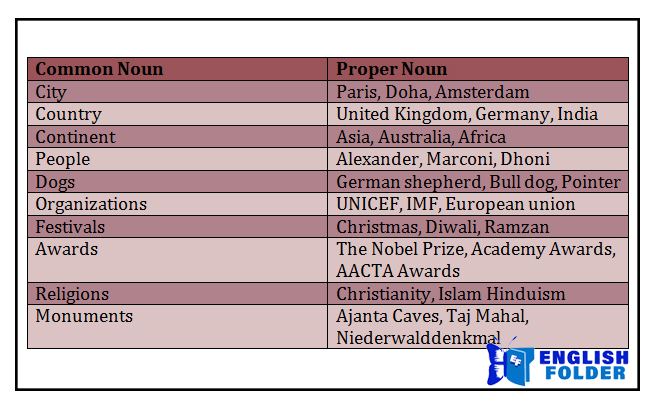 Normally, we don’t use the article ‘THE” with some proper nouns.

Example: Dell (NOT The Dell)

Exception for the companies name which is registered with the word ‘THE‘.

Example: Canada (NOT The Canada)

Exception for the countries name which includes the word Kingdom, States, Republic, etc…

We use the article ‘THE’ with some proper nouns.

Example: The Andaman and Nicobar Islands.

Example: The United States Of America