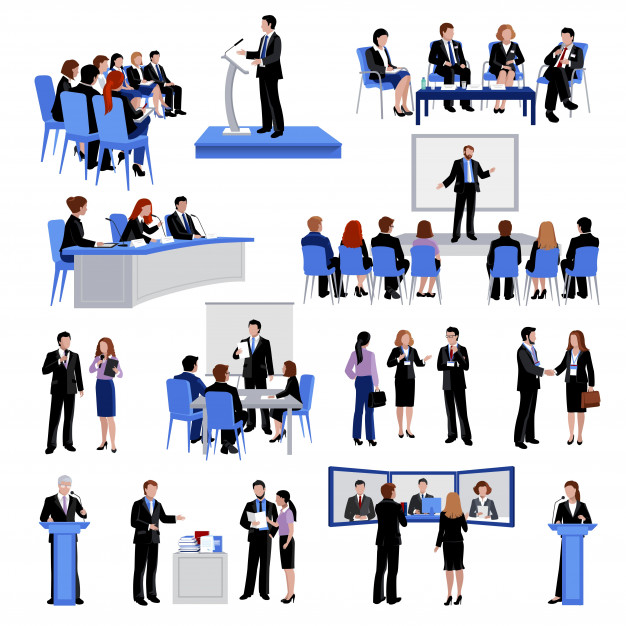 In our life we frequently speak with others and we talk about others, at the same time we tell something to someone that may reported by another one. Reported speech is how we represent the speech of others. There are two main types of reported speech.

Direct speech means repeat the exact words spoken by someone. There is no change in these words. We report something that being said or telling someone later about past time communication. When we write direct speech we place the words within inverted comma (”  “).

She said “Banana is my favorite fruit.”

“What kind of music you like?” Elsa asked to Ann.

“Tomas would like to work with animals” she said.

Indirect speech or reported speech usually used to share about past event. We use reporting verbs such us ‘say’, ‘ask’, ‘tell’ and we may use the words ‘that’ and tell the reported words. Inverted commas are not used in indirect speech.

Teacher said that she is going to tell a us a story.

She says that she likes ice cream.

He said that he could swim when he was child.

She says that she wants an apple.

She says that she don’t want an apple.

Ex:  She said “Banana is my favorite fruit.”

She said that her favorite fruit is banana.

“What kind of music you like?” Elsa asked to Ann.

Elsa asked to Ann that what kind of music you like.

If the reporting verb refer third person, they do not change.

Third person pronouns (he, she, it, they, his, him, her, them, their, theirs) do not change at all in reported speech. 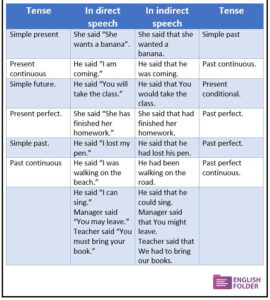 Indirect speech:  The teacher said that he was very busy then.

So now you clear about making reported speech form positive and negative. Now we are going to see how to change into question form in reported speech.

Direct questions formed, when sentences are turned into question.

When a  direct question is reported, it is turned into its ‘sentence – position’ again and it is reported with the words either ‘Weather’ or ‘if’.

Mother asked me whether I was busy.

Mother asked me whether I have any work then.

Mother asked me whether I bought a pen.

In these reported statements, ‘whether’ can be replaced with ‘if’.

It is very interesting to learn how ‘WH’ questions are converted into the indirect speech. There, the interrogative word remains, while the rest of the question is turned into a sentence.

He asked me when I was going to meet my uncle.

He asked me where I would go the next day.

My friends asked me how many elephants I saw in the zoo.

When a statement in the imperative form is reported ‘to’ infinitive is usually used. If it is a negative statement, ‘not to’ is used. Very often, a formal request is reported in this way.

Doctor advised me to take those tablets three times a day, one tablet at a time.

You had better go home now ! – Teacher asked me to go home then.